Why We Should Stop Saying "Radical Traditionalist" and "Rad Trad"

Because it is a direct slap-in-the-face to our beloved Benedict XVI!

Do you get it yet; aside from dividing the fabric of Christ, insulting your Catholic brothers and sisters? 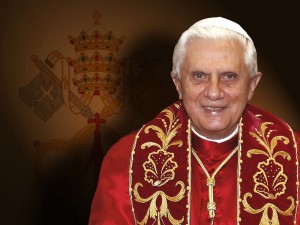 "A few weeks ago, Catholic Answers live did a show on “radical traditionalism” that drew the ire of traditionalists across the board, “radical” and otherwise.  The two senior apologists hosting the show took to the Catholic Answers blog to defend their show from the “Radical Traditionalists” and “mad-trad” point of view.  They have also promised that on August 12, they would devote another show to the issue, in the hopes of clarifying any misunderstandings.  If they really want to help with these misunderstandings, the first thing they must do is the thing they will be least inclined to do:  drop the moniker “radical traditionalist” and “radtrad” entirely.  At best the phrase is a relic of a time that is no longer relevant.  At worst, the term is creating animosity and perpetuating a growing sense of tribalism within Catholicism, especially in America."

A final reason to drop the moniker is that we tell Pope Benedict XVI his efforts weren’t wasted.  He worked harder than anyone else in his life to reconcile the SSPX and other groups to full communion with the Church, removing every possible barrier, as long as doing so didn’t contradict defined Church teaching.