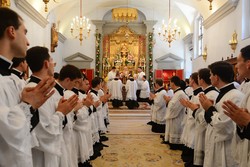 The Toronto Traditional Mass Society - Una Voce Toronto is established to promote the Extraordinary Form of the Roman Rite, (the Traditional Catholic Latin Mass) and Gregorian chant in the Archdiocese of Toronto.
Abbé Joseph Heppelle is the eldest of eight from a home-schooled family here in the Archdiocese. He grew up serving and singing the chant for the Traditional Roman Liturgy. He is studying for the Catholic priesthood at the Institute of Christ the King, Sovereign Priest Seminary of St. Philip Neri in Gricigliano, Italy. Abbé Heppelle is now a Subdeacon having been ordained in July 2016.
This is the fourth year now that we have assisted in fundraising for Abbé Heppelle. Seminary cost is expensive as you can imagine and challenging in that all his classes are in French and Italian.
Please give consideration to donating for this young-man's education as he prepares to serve Jesus Christ, Sovereign Priest and His One, Holy, Catholic and Apostolic Church and the community of faithful which belong to Her.
You may visit our web page at www.unavocetoronto.com or write us directly atunavocetoronto@gmail.com.
May God bless you and thank you. 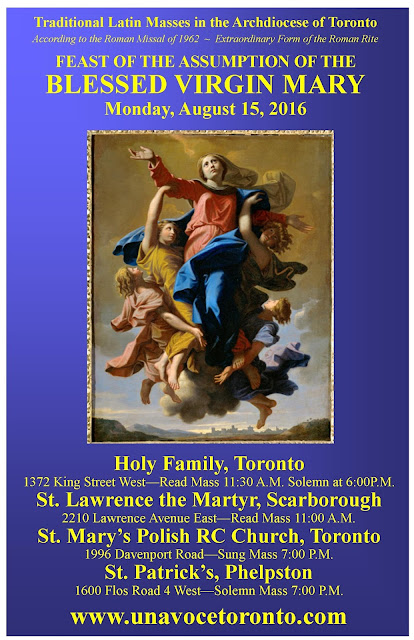